When One Parent Wants To Move Out Of State 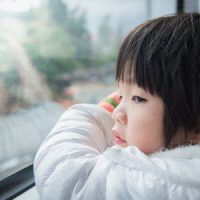 As divorce attorneys who frequently assist clients with child custody here in New York, we regularly receive concerns from parents who have just found out that their ex has decided to move out of state. As a result, they are understandably panicked.

Below, we discuss the different circumstances that can arise in these situations and options the other parent has:

The Best Interest of the Child

Know that states, including New York, begin with the assumption that it is in the best interest of the child to have both of their parents involved in their lives. Under some circumstances, such as when one parent has committed violence, courts will veer away from this assumption in order to protect the child, but when it comes to good parents, they know that you are an important part of your child’s life.

If You Have Joint Custody

If you happen to have joint custody of your child with the other parent, it is important to note that New York does not simply allow one parent to move out of state with the child without the other parent’s permission. In fact, the courts can block that move, depending upon the agreement in place – or even if there isn’t an agreement in place, in some circumstances. Before moving, the parent planning the move has to provide written notice to the other parent, and the non-moving parent has the opportunity to object. The court then holds a hearing to determine what is in the best interest of the child.

If you only have visitation and no custody rights, one option would be to seek a joint custody arrangement with the other parent, arguing that it is in the best interest of the child.

If it is a possibility, another option would be to move to the state where the child is moving in order to continue that parenting time. You can request that the new state honor the parenting time schedule that was put in place on the first state, or you could see the new arrangement.

Regardless of what option you pursue, you always want to make sure that you retain an attorney. Keeping control of custody and parenting time is both critical and complicated, and it can be difficult to navigate the local courts without assistance.

In these circumstances, our attorneys would argue that it would do the child irreparable harm to be suddenly separated from the one parent they would be taken away from. If they choose to relocate anyway, they risk losing whatever custody rights they have.

Contact our Rockland County divorce lawyers today at the Law Office of Robert S. Sunshine, P.C. to discuss your custody needs and options.